This page is dedicated to the Remembrance of our Brothers who have passed. Information is posted as it becomes available. An e-mail is sent to the Brethren so that they are made aware and able to pay their respects as they see fit. You can Click on a Brother’s name to read a brief obituary about him.

Masonic Funeral Services are an honorable way for Masons to pay homage to their Brothers who have passed. But one must make his wishes known to his family or funeral director – the Lodge does not provide these services unless they are requested.

George was born in Wilkes-Barre to the late Howard and Verna Miller Isaacs.

On Dec. 10, 1968, he married Carol Elizabeth Herwig. They raised three children, Betty, Brian and Caroline, and were further blessed with six grandchildren and three great-grandchildren.

At an early age, George was involved with the family business, Howard “Duke” Isaacs car dealership in Trucksville. After his father’s death, he ran the business for decades until it was transitioned to Ertley Motorworld through a joint venture/partnership in 1994. George continued as president of the new division and remained in leadership for many years thereafter. He was involved in development of the former site of the Isaacs dealership, establishing Pendragon Center in 1996 and overseeing the development of the Trucksville Sheetz gas station in 2001.

George was an avid sportsman who enjoyed shooting, boating and fishing. He and Carol literally traveled the world together, snorkeling and scuba diving, sport fishing and sightseeing. He also raced cars, drove a motorcycle and amassed a fleet of vehicles from boats to trucks to tractors. If the saying, “he who dies with the most toys wins” is true, George was the undisputed champion.

Preceding him in death, in addition to his mother and father, were his stepfather, Richard Staub; and his beloved wife, Carol, in 2021.

He was born in Kingston on Jan. 16, 1948, son of the late Lauren and Aileen Dymond. Lauren, known as Larry, was a longtime resident of the Back Mountain, making his home in Shavertown since the 1980s. He attended Dallas High School but transferred his senior year and graduated from New Brunswick High School in New Jersey in 1966.

Larry served in the Pennsylvania National Guard. He worked as a truck driver for most of his life. Driving for Martz Bus Line, Friedman’s Trucking, Mack Trucks and eventually starting and driving for his own company, Sandyme Trucking, retiring in 2013.

He was preceded in death by his wife, the former Sandra Baird.

He was born in Kingston on June 22, 1953, and was the son of the late Leo Dragon Sr. and Eleanor Quinnan.

Leo graduated from West Side Area Vocational Technical School in 1971 and received his master’s degree in education from Temple University. He was the owner/operator of Dragon Construction in the 1980s before becoming a building construction teacher at West Side Vo-Tech for 32 years. Leo was president of PSEA Teachers Union for West Side Vo-Tech for 15 years. He was also a member of Carpenters Local Union and Our Lady of Mt. Carmel Church, Hunlock Creek. In his retirement, he enjoyed many projects around his home, dinners out with his family, playing with his grandchildren, and camping with Jane O. He was a friend to many and a role model to even more. His wealth of skills and knowledge traveled beyond his reach. Dad had a tremendous impact on everyone who was fortunate enough to know him.

In addition to his parents, he was preceded in death by sister, Lois Dragon; daughter, Jennifer Dragon; and grandson, Cole Dragon.

Brothers who passed in 2013

Brothers who passed in 2012 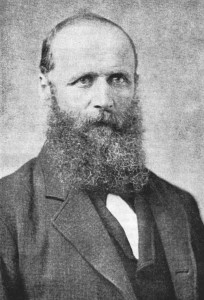 Brother Asa B. Shaver, a farmer who resided in Dallas, PA, was born in 1838 in Dallas Township. He was reared and educated at the common schools. Shaver confined himself to agricultural pursuits owning 50 acres of fertile land devoted to general farming. He was described as having a retiring disposition attending to his own affairs rather than seeking the smiles and favors of others. Asa married, but had no children. Brother Shaver was a Freemason in good standing, receiving all the Degrees up to and including Knights Templar. He was the first Worshipful Master of George M. Dallas Lodge No. 531. Source: History of Luzerne County Pennsylvania by H. C. Bradsby; S. B. Nelson & Co., Publishers; 1893.

As of 2013, our Lodge has had 125 Worshipful Masters.View the list of Living Past Masters.