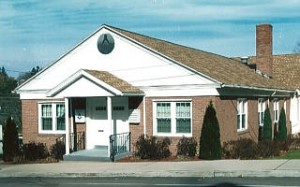 A Brief History…
In the early 1870’s, Dallas Borough experienced a rapid growth in population and industry. This increase prompted several Master Masons to begin the process of petitioning the Grand Lodge of Pennsylvania for a lodge closer to their homes. Brothers from area lodges joined as recommenders and a couple lodges recommended that a Warrant be issued for a lodge in Dallas. The District Deputy Grand Master for the 6th District later signed the petition as well.

The petition, having been properly subscribed to, was presented to the Grand Lodge which issued the Warrant in 1874 and the Lodge was later Constituted on March 1, 1875. Lodge No. 531, named in honor of Brother George M. Dallas, soon installed officers and began holding meetings at The Odd Fellow Hall until the building was destroyed by a fire in 1893. All Lodge records and possessions were lost in the fire except for the Warrant. Meetings were subsequently held at the Junior Mechanic’s Hall while a new Odd Fellows building was erected. Another hardship befell the Lodge when it suffered financial losses due to the failure of Rockafeller Bank in Wilkes-Barre. The Lodge soon recovered from financial distress and experienced a growth in membership.

In the early 1920s, the Lodge purchased land to finally build its own lodge – on the same grounds where the present Lodge stands. Construction ensued and membership increased significantly as well as the Lodge’s financial standing. During that decade, Brothers did their best to reconstruct 531’s history – lost in the 1893 fire – by researching records located at the Grand Lodge in Philadelphia. At a stated meeting on December 6, 1952, members voted on the construction of a new building – that which we enjoy as our current Lodge. A year later, a special meeting was held so that Brothers could join together to move all records and possessions from the old building into the new Lodge.

After 138 years, George M. Dallas Lodge No. 531, F & A.M. looks forward to the future of their organization as part of the Pennsylvania Grand Lodge’s 21st Century Masonic Renaissance. Members continue to meet and continue to serve their community through charitable events and donations. 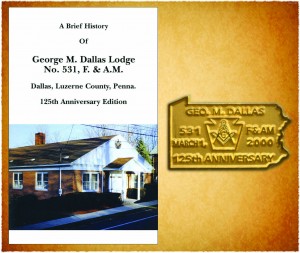