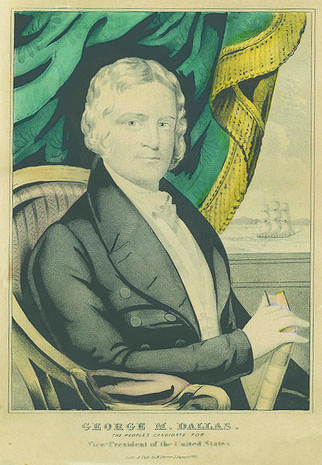 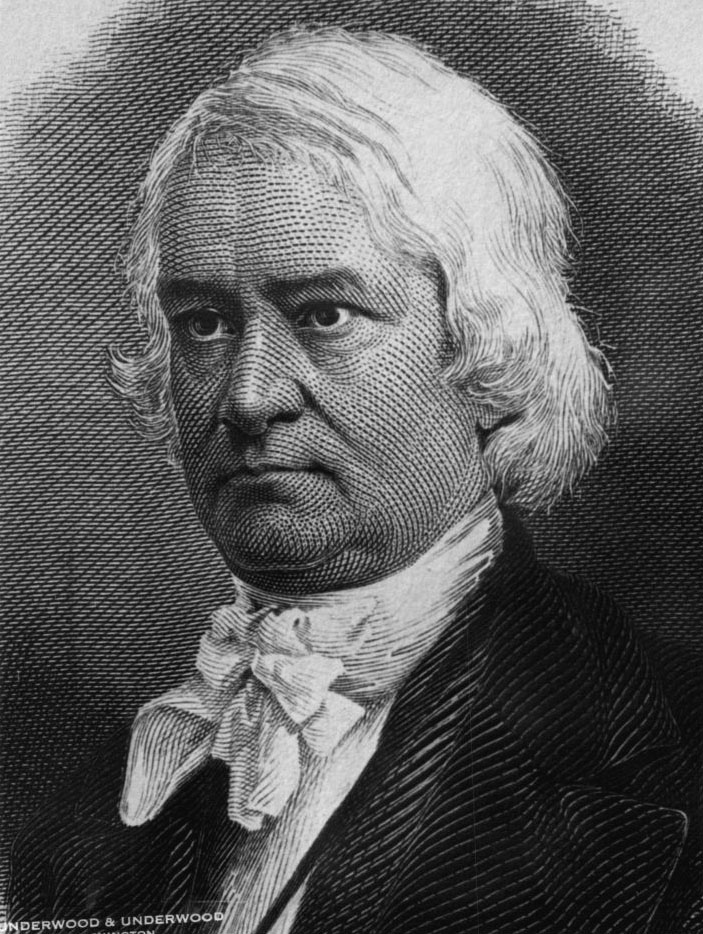 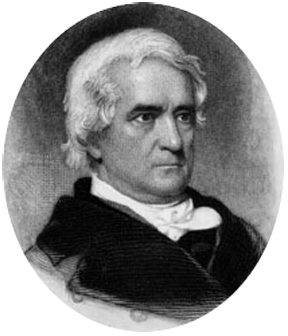 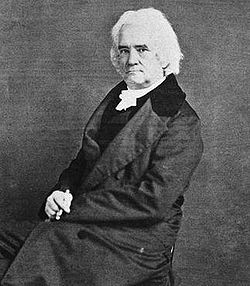 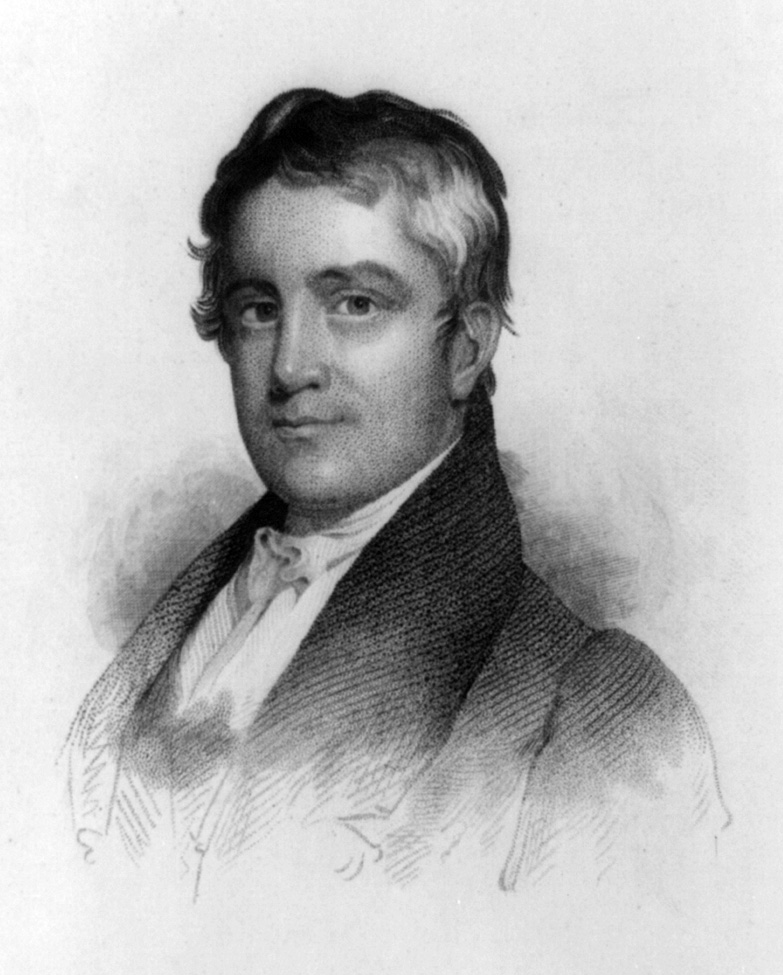 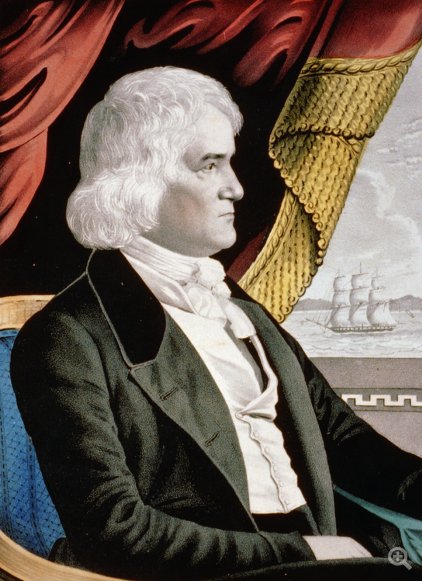 George M. Dallas was born on July 10, 1792, in Philadelphia to a Scottish family, his father being a prominent political figure. He graduated with high honors from the College of New Jersey (Princeton) in 1810 and was admitted into the Philadelphia Bar in 1813. He served in several capacities in government agencies such as a clerk in the U.S. Treasury Department (1816); Deputy Attorney General of Philadelphia in the Mayor’s Court (1818); Mayor of Philadelphia (1828); U.S. District Attorney for the Eastern District of Pennsylvania (1829); the U.S. Senate (1831-1833) Attorney General of Pennsylvania (1833-1835); with his most prestigious position being U.S. Vice-President to James K. Polk (1845-1849).

One of his most noted contributions to Freemasonry was his defense of the organization in 1836. Dallas was called to appear in Harrisburg before a special Pennsylvania legislative committee that was investigating “the evils” of Freemasonry. He refused to be sworn in, challenged the legality of the entire inquiry, and steadfastly defended Masonic principles. After his appearance, the committee did not pursue the matter. His testimony was later published and is regarded as a Masonic classic.

“I am a citizen of Pennsylvania by birth and constant residence. Having imbibed in early youth, I still retain a strong sense of the free spirit of her institutions; and am unconscious of ever having, directly or indirectly, intentionally or inadvertently, committed an act or uttered a sentiment repugnant to her Constitution, inconsistent with her laws, injurious to her morals, or derogatory to her character.

I am a member of the society of Freemasons. It is more than 20 years since I became so. At that period the example of the wisest and purest patriots, of Dr. Franklin, Gen. Washington, Gen. Warren, Gen. LaFayette, and of many dear and near friends, were naturally alluring. Public opinion designated the association as virtuous, useful, and harmless. In passing through the forms of admission, I voluntarily assumed obligations and duties in themselves perfectly compatible with the paramount obligations and duties of a citizen to his country, and tributary to the pursuits of an enlarged philanthropy.

The ninth article of the Constitution of Pennsylvania, titled Declaration of Rights, sets forth and unalterably establishes ‘the general, great, and essential principles of liberty and free government’.

As a private citizen of Pennsylvania I claim, with special reference to this Article of her Constitution, to possess and enjoy rights and liberties which no earthly power can abridge or destroy; nor will I consent to be in the slightest degree accessory to the mischiefs which a surrender or waiver of those rights and liberties, on an occasion so ostensible as this, might produce.

I will not consent to discredit the declaration that the free communication of thoughts and opinions is one of the inviolable rights of man. I will not consent to consider as idle and nugatory the emphatic precaution, that ‘the people shall be secure in their persons, houses, papers, and possessions, from unreasonable searches and seizures.’ I will not consent to the validity of an ‘ex post facto law.’ In a word, I will not consent to hold my rights and liberties of private intercourse, private sentiment, and private business subject to the domicilary visitations, the changeable majority, or the ideal policy of any body of men whatever.

Added to the considerations at which I have thus glanced, it is impossible for me to be insensible to the dictates of personal honor. Assuredly, this sentiment should never restrain any one from denouncing what is criminal or dishonest. Were I acquainted with anything of that nature in the operations and tendencies of Freemasonry, nothing could bind me to silence. But I was received by this association into its own confidence, upon my own application. I have been allowed a knowledge of the modes in which its members identify each other, and avoid deceptions upon their benevolence.

At a time when neither law, nor public opinion, nor my own conscience suggested a doubt of its correctness, I engaged myself to secrecy, and I cannot, without a sense of treachery and degradation prove false to my promise. Better, by far, endure the penalties of alleged contumacy, be they what they may.”

Dallas, who passed on December 31, 1864, has been revered in several ways throughout time, such as having the city of Dallas, Texas, named in his honor for his efforts to get the republic admitted into the United States (1845). Arkansas and Missouri memorialized him by creating a Dallas County in their state respectively, and Georgia named a city after him too. Three subordinate Pennsylvania lodges have taken his name: Dallas-Lafayette Lodge No. 396, Easton, PA (1867); Dallas Lodge No. 231, Pittsburgh, PA (1872); and our Lodge, No. 531, Dallas, PA (1875).